This is what eBay can lead to

Fred Garvitz was poking around eBay one day when he saw a collection of banana memorabilia for sale. He thought it was fun, so he bought it. That impulse purchase has grown into the International Banana Museum in Mecca, California, on the eastern shore of the Salton Sea.

I had driven past the museum several times, not knowing it was there. From the outside, it looks like one of several closed and abandoned buildings in the area, victims of a recreation and tourism boom that never happened. I wouldn’t have stopped this time if I hadn’t finally noticed the big yellow sculpture by the road. “Hey, it’s a robot. A robot that looks like… a menacing banana?” I pulled in. 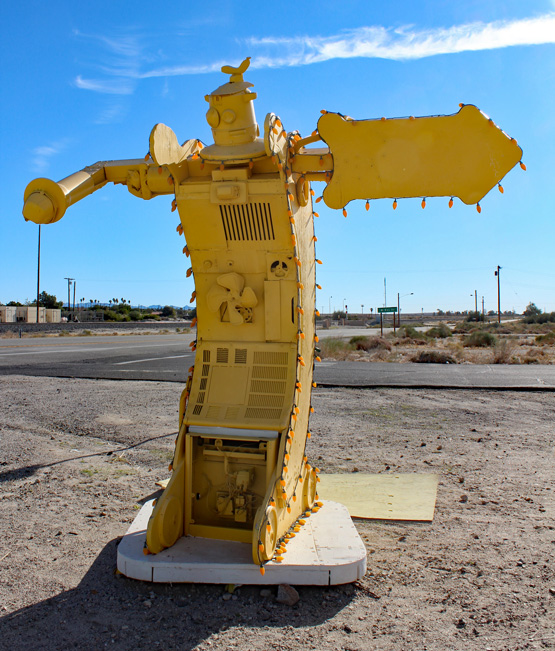 That’s when I noticed the pooping banana mural. 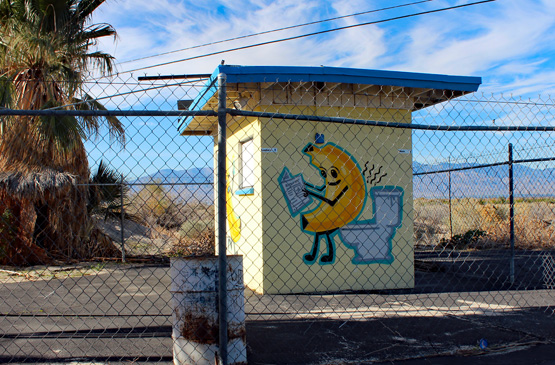 The museum is only open on weekends, and it was Tuesday. But thanks to this video we can see the inside of the forlorn building is a mass of happy, goofy, tropical yellowness. Who knew this much banana stuff existed?