Between the time I posted that I was going to stay another day at the campground on Casper Mountain, and the time I woke up this morning, I realized that would have me looking for a new location along with all the weekenders. Or I could stay where I was through the weekend, but that would cost me forty bucks more. Hmmmmm…

So this morning I took off. 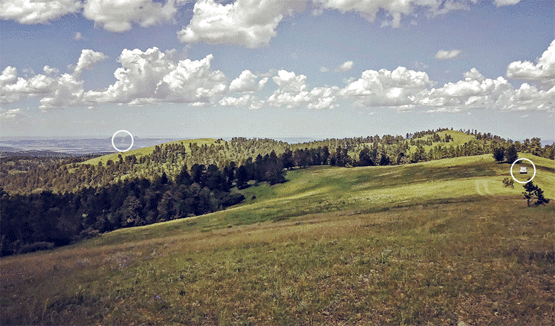 Two hundred miles later I was in the northeast corner of Wyoming, up in the Bear Lodge Mountains, overlooking Devil’s Tower. After exploring several well-maintained (and two unmaintained) Forest Service roads, I found a site that would work. 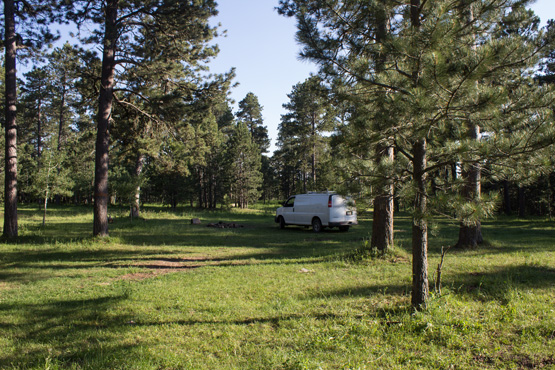 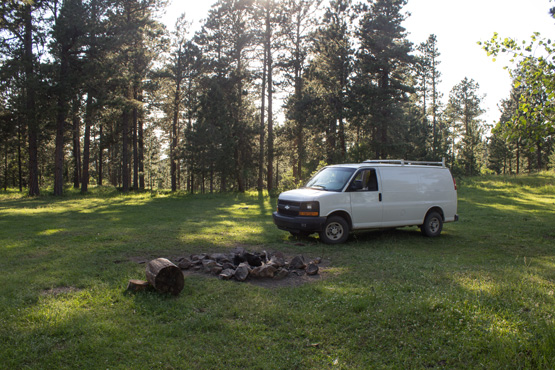 As you can see in the photos, it’s a large site. Several big RVs could fit. And I have it all to myself.

As I was cooking dinner, a pickup pulling a quad on a trailer slowed, stopped, and looked longingly at the campsite. He got out and approached. I spoke before he could say anything.

“I’m fine with sharing this spot.” I had to repeat myself because his mind was already set on pleading his case.

He returned to his truck, had a short discussion with the passenger and… drove off. Huh?

Then I saw he was followed by a truck hauling a large travel trailer and another pickup with a quad. Ah. It would’ve been cozier than I had envisioned with all that tucked in here, but it would’ve worked out.

I had driven about six miles down that road during my explorations, so I knew there wasn’t a large enough campsite for them nearby. Good luck, guys.

They returned while I was doing dishes. (Where the hell had they found room to turn around?) But they kept going, leaving me in my solitude. Alright!

Maybe it wasn’t a matter of whether I wanted them. Maybe they didn’t want me. I’ll take it either way.