So here’s the plan

It turned out it wasn’t just the vegetation at the campsite on the North Platte River that had me thinking of North Carolina. There were also mosquitoes. Big, aggressive ones. Is this going to be standard in Wyoming?

Bright and early (well, not so bright, because it was overcast, but it was still early), I headed off to my next location: Grayrocks Reservoir near Wheatland WY. There are free boondocking sites all along the south shore. I scored this sweet little spot, well separated from the neighbors by clumps of cottonwoods. It’s almost like being at the ocean. I’ve convince myself that’s a bay out there, not a lake. Fourth of July at the beach, how classically American. 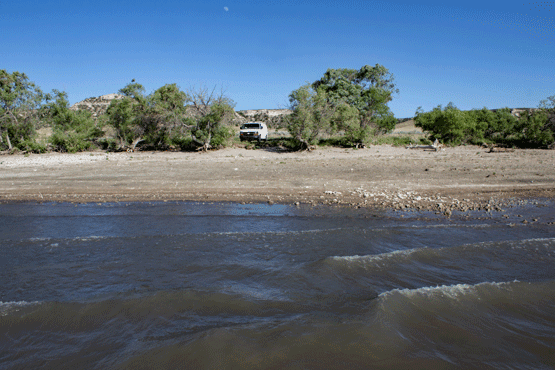 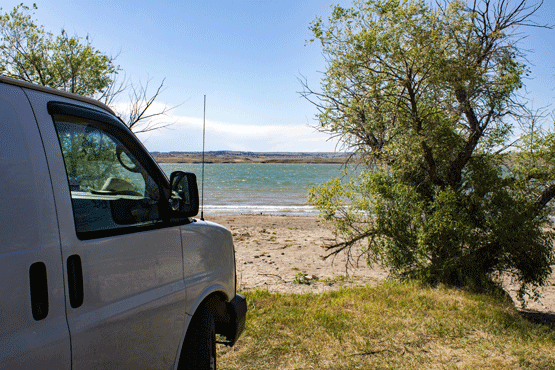 I formulated a plan yesterday. Although I want to eventually make my way westward, I’m in no hurry. I also want to avoid the places that attract big crowds, like Yellowstone and the Tetons. So I’m going to continue northward, veering a little to the east, into the Dakotas.

There are only four US states I haven’t been in. North Dakota is one of them. I just never had a reason to go there. And when I first became a nomad I set up residency in South Dakota, did a whirlwind tour of the Black Hills, then split. I should do it again, taking my time—if Trump hasn’t set the place ablaze with his fireworks. Then I’ll go to Theodore Roosevelt National Park in North Dakota. The campgrounds and visitor centers are closed, but the roads and trails are open.

From there I’ll go into eastern Montana and back down into Wyoming. The Bighorns, Thermopolis, Wind River Range, into Idaho, back into western Montana, across the Idaho panhandle, into Washington and the northern Cascades, down to Oregon, through the costal ranges of California (instead of my usual coastline route), across to the eastern Sierras and western Nevada, then end up in southern Utah for the fall. Or something like that. As always, my plans are subject to change. Almost daily.