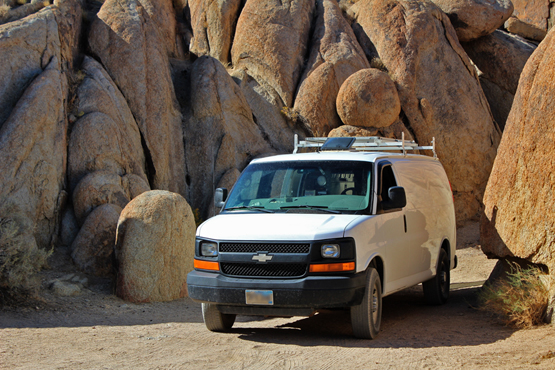 It's a little early in the season for those who come to Lone Pine, California, wanting to escape cold weather. So there were far more campsite choices along Movie Road in the Alabama Hills. I drove around until I found a spot nestled among the rocks. It's like my own little canyon. 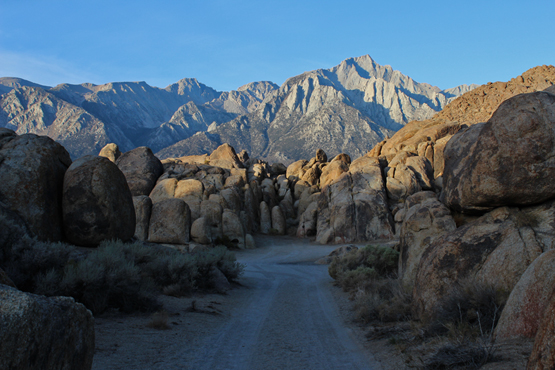 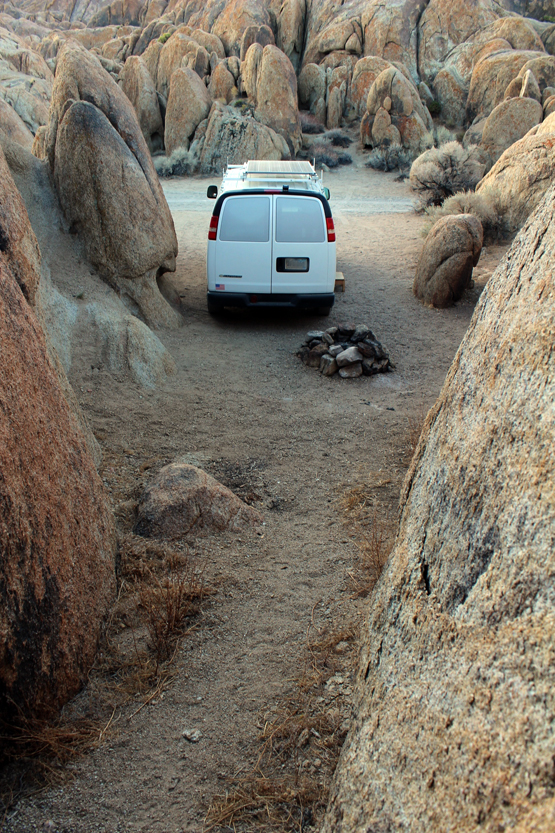 The irony of coming to Lone Pine after complaining about the traffic in Yosemite is that Highway 395 was shut down for the Lone Pine Film Festival parade. Do I have a knack for timing, or what? Traffic was backed up for a couple of miles because too many people wanted to get a glimpse of the parade before turning down the detour. 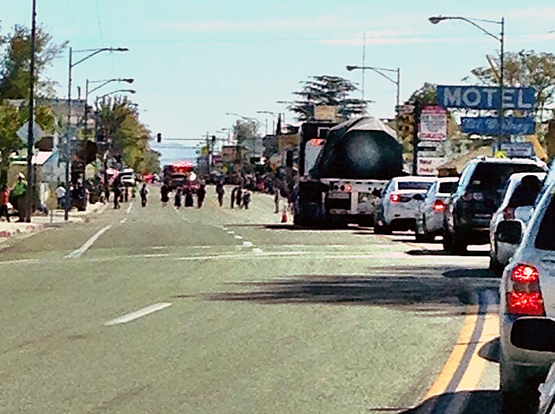 Once I made it to Alabama Hills, I discovered signs posted all over the place. At first I thought they were for areas that had been closed to camping. But they were information markers for the various spots used in movies filmed there. Frames from the movies were matched up with the rock formations. The signs were part of the film festival. 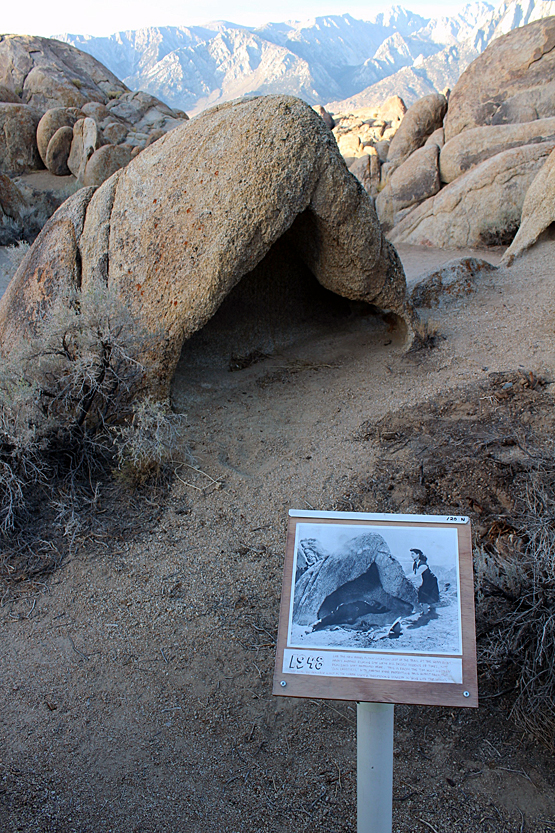 Maybe a half century from now, someone will use my photos to find the actual spot the famous Rolling Steel Tent once camped. Or not.