I don’t use a lot of milk, just some on my cereal. And I don’t have cereal that often. Maybe once a week. So I usually buy single-serving bottles—when they’re available. Otherwise the milk goes bad before I can use it all. 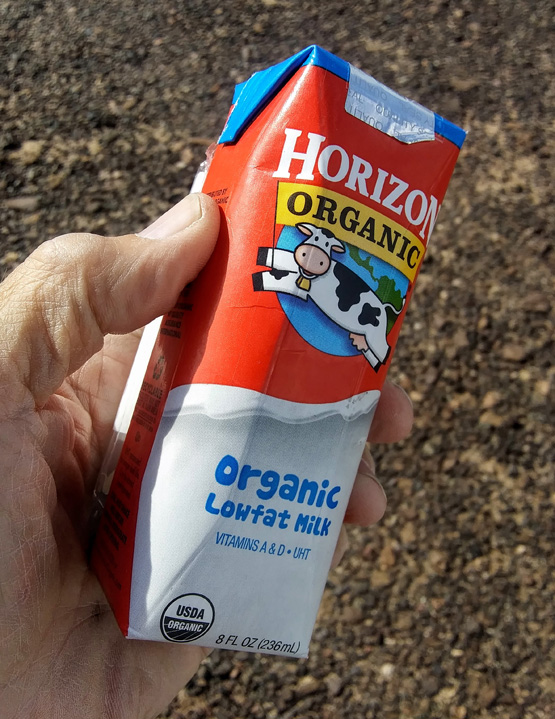 When I saw these 8 ounce cartons of shelf-stable milk I realized they could solve another problem: refrigerator space.

Now, I have no prior experience with shelf-stable milk. I wouldn’t even know such a thing existed if it hadn’t been for my interest in Formula 1 racing back in the ‘70s and ‘80s. One of the teams was sponsored by Parmalat. Who/what was Parmalat? It took a while to find out in those pre-Google days, but I eventually learned it was a dairy and food company that produced, among other things, shelf-stable milk, and that said milk is the result of ultra-high-temperature pasteurization.

So it’s real milk, not some dubious alternative like reconstituted powdered milk blended with vegetable byproducts. What the hell, it was only three for a dollar at the bargain food tent in Quartzsite. (Ordinarily about a dollar each in conventional markets.) It was worth a try. Even if it was several months past the “best before” date. 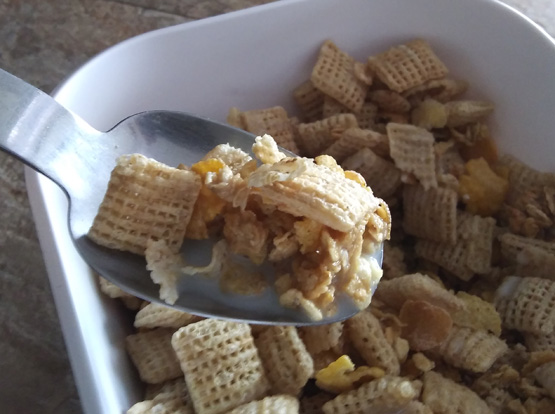 After a couple of weeks in the Rolling Steel Tent’s cupboard, I transferred one of the cartons to the fridge to chill overnight. This morning I poured it on my custom mixture of Rice Chex and Honey Bunches of Oats. And it was… yeah… milk. Fine. The cereal had gotten a little stale, though.