The view from above

Unless you’re a pilot or a bird or someone who reads a lot about General Patton’s training program in the deserts of California and Arizona, you might not know about the Quartzsite Alignment.

Quartzsite Alignment? Is that like the Harmonic Convergence? Or is it the chassis work you need done after driving on washboard roads? 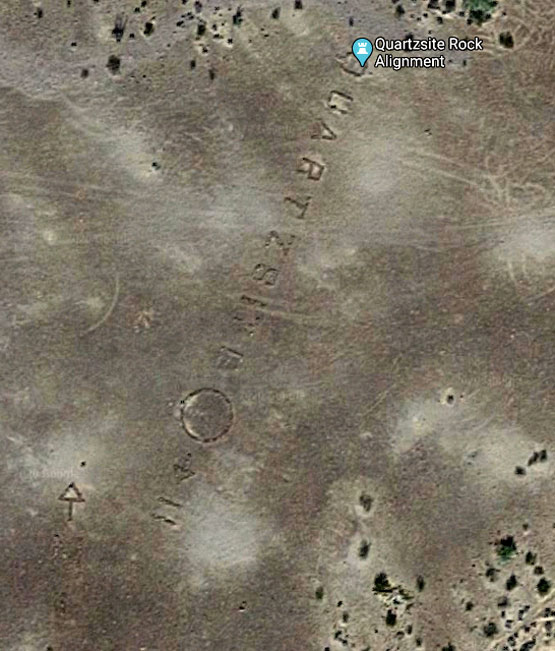 No, it’s the large word Quartzsite, along with an arrow, and the number 11 carefully laid out in stone by the Corps of Engineers during World War II. The arrow pointed the heading to an airstrip eleven miles away. There’s also an arrow pointing north, labeled with a big N. The original white paint was destroyed by the sun long ago. Now, from the air, the letters appear to be embossed in the desert floor. 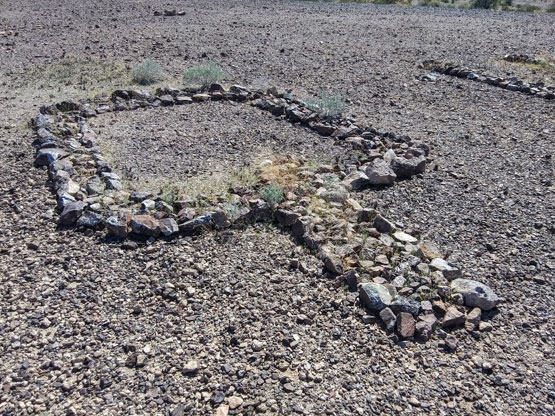 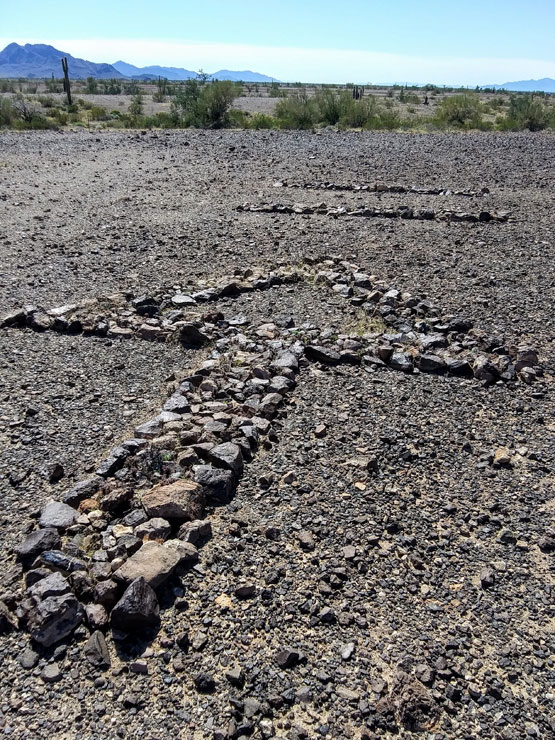 There are/were similar markers all over the country, relics from the early days of long-distance aviation. The Quartzsite alignment is well preserved because it’s out in the middle of nowhere. Civilization and development haven’t encroached, and there’s not much that could overgrow it (although some rabbit brush is sprouting up in a few spots). 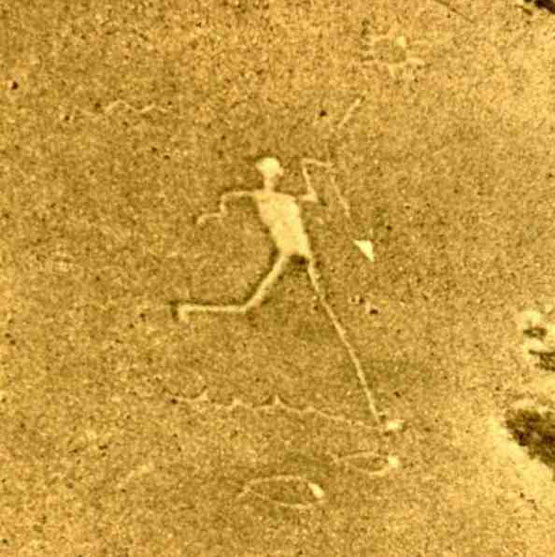 Meanwhile, a little over a mile to the east, is the Fisherman Intaglio. It was created by ancient inhabitants, not the US military. It looks like a spear fisherman, but the intaglio actually represents Kumastamo, the great creator, who stabbed to desert with his spear and brought water (the Colorado River) to the land. Did Kumastamo also bring snowbirds and their money to the desert?