There are two roads into the boondocking area Michael suggested. One approaches from the northeast, the other from the southeast. They intersect near where I wanted to be. I was closer to the northeast road, so I took it.

The pavement ended after three miles. The next nine miles were a combination of maintained dirt, unmaintained dirt, washboard, rocky patches, sun-baked mud ruts and a couple of stream crossings.

The first crossing was in a deep wash. The brown water was about two van lengths across and I had no idea how deep. The road on either side was well-packed gritty dirt with no deep tire tracks. I could tell others had driven through, but what type of vehicles were they?

As I was considering my options (including wading in, or turning around and trying the other access road) a quad came along and drove through the water. Oh, I could make that. And I did.

After more nasty washboard and rocks, the road crossed into BLM jurisdiction and became wide and smooth. Hurray for graders and National Monument budgets.

I reached the junction with the southeast road and, not having seen any dispersed camping spots I liked, I turned. Ah-ha! There were some nice looking campsites off this road. They were occupied. There was a narrow spur road to my right. I parked and walked about a half mile up. There were a couple of spots, but none worth putting more scratches in the Rolling Steel Tent. But finally, on another spur, bingo! A great spot with a view. It was a peaceful three days. 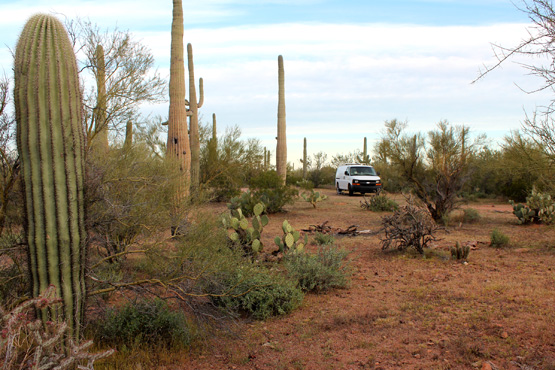 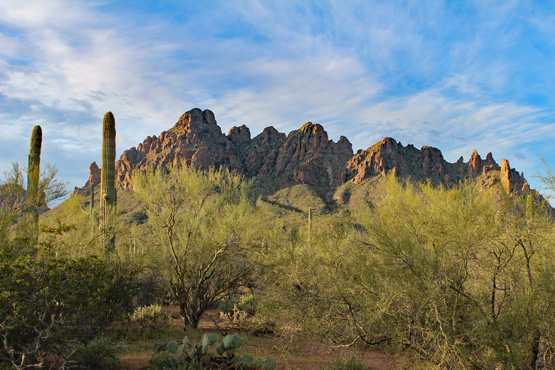 Then, as usual, I got itchy to move on.

I continued along the southeast road when I left. I could tell, without the aid of signs or maps, when I left the monument. The dirt road instantly turned rough, rutted and lumpy. But it was smooth as a bowling alley compared to the next ten miles of pavement. Potholes, patches on top of patches on top of patches, gaping expansion joints… I think I preferred the northeast road. At least it didn’t pretend to be civilized.