Who gets to go? 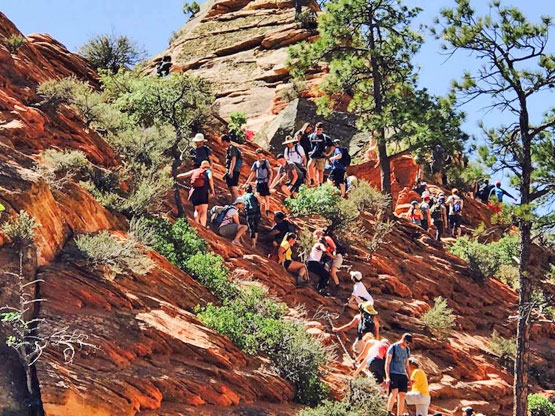 My new interest in hiking has me researching trails and destinations. As you can tell from previous posts, I like slot canyons and waterfalls. But I also like ghost towns, abandoned mines, crystal blue lakes, glaciers, dramatic vistas, and ancient ruins. There are a ton of such places in the West. Some are well known and crowded.

I’m not the only one with a new craving for the unpaved world. The crowds have been increasing every year. I’m just another noob in the horde. I’m another of those resented by the folks who’ve doing it for decades (and who were probably resented by the oldtimers before them).

When I posted about Michael R. Kelsey’s Canyon Hiking Guide to the Colorado Plateau, my friend Michael was distressed. He needs solitude. He doesn’t want more people inspired to enjoy the outdoors. And if they must come, he doesn’t want them pointed at the good spots. I sympathize. So many of the good boondocking places I learned about in my first couple of years are increasingly crowded. That’s why many of us have stopped sharing specific locations via social media.

The growth in outdoor recreation is causing problems for national and state parks. The tourism industry shouts, “Bring more and more people!” The parks cry, “But we can’t handle them all!” This article from a few years ago discusses the competing forces. It has only gotten worse since then.

The past couple of days I’ve been binge watching Dana Hollister’s hiking videos about the Cedar Mesa/Bears Ears areas of Utah. He visits ancient ruins but shares essentially nothing about their locations. He explains why in this video.

And here are a couple more on the subject.

I understand. He wants to protect the sites from knuckleheads who don’t know how to treat them, and from thieves who want to ransack them. But what about those of us outside the circle of closely held knowledge who revere the sites as much as he does?

I’m one of the unwanted visitors because I was born too late, or because my life path took me elsewhere until now. I’m an interloper because I didn’t clue into all of this forty, fifty years ago.

People like Edward Abbey didn’t want roads in places like southern Utah. They didn’t want to make it easy to get there. They wanted to save it for themselves. But if the wilderness is reserved for only the few, then those places become invisible to the rest of the public. They become nonexistent. “Protect it? What the hell for? There’s nothing out there but dirt and rocks. Wanna mine it, dam it, pave it, pollute it, nuke it? Be my guest.”

I believe as many people as possible should experience the wonders of the outdoors. It makes them more personally invested in preserving it all. But how much is as many as possible without negatively impacting the things they hope to experience? I don’t have the answers. But it would be unfair, self-serving, to deny others the access I want for myself. 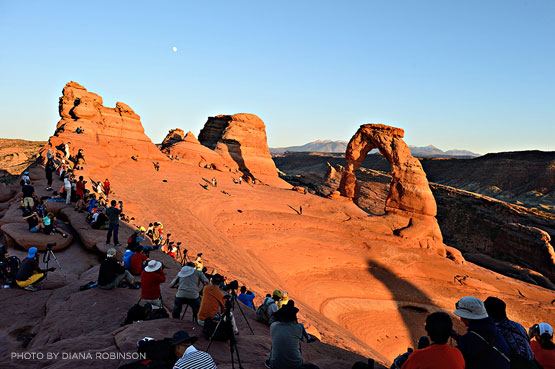