I was swallowed by a snake 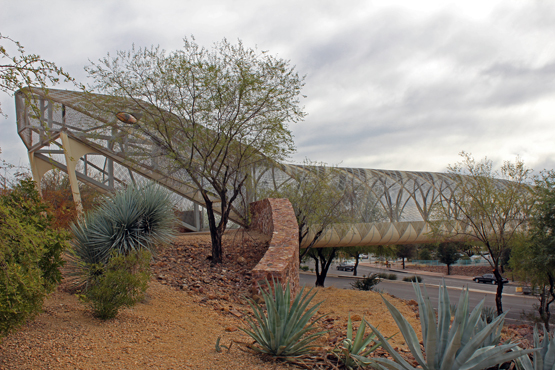 There's a bicycle and pedestrian bridge in downtown-ish Tucson that's shaped like a giant Diamond Back Rattlesnake. A marriage of function and whimsy. 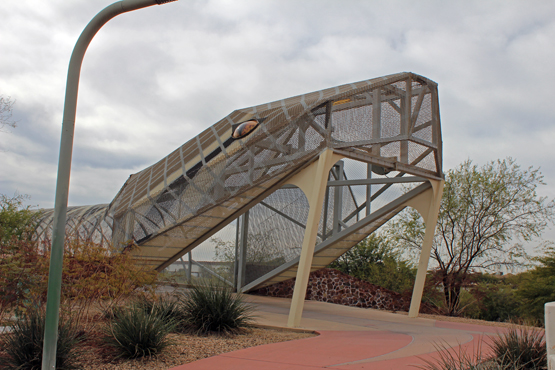 At one end you pass between the fangs. At the other end is the rattle and a motion sensor that triggers the playing of a rattling sound. This could've been just another nondescript bridge, but someone had an idea and the people paying for it said, "Yeah! Let's do it!" 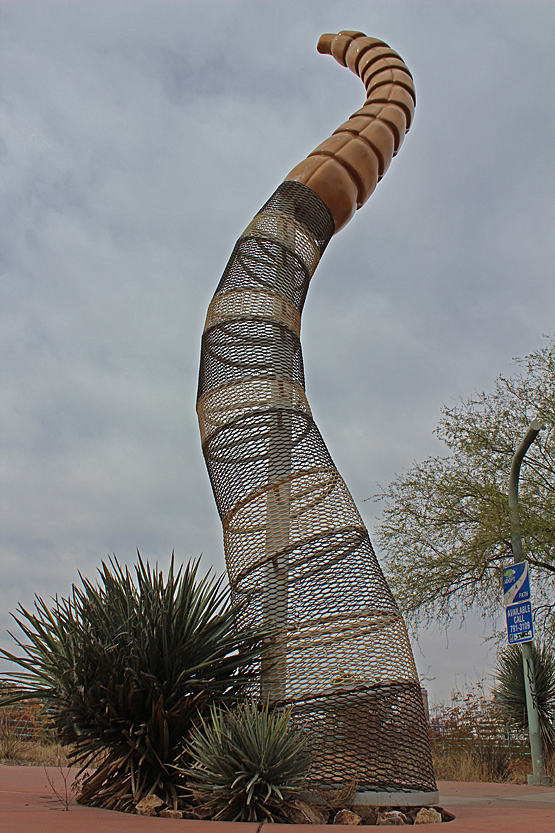