Thanks to a recommendation from Vanholio, I blew through El Paso and headed for Hueco Tanks State Park forty-something miles east-northeast. Petroglyphs, pictographs, ruins and rock climbing. For those who don't know, a tank is a place where water forms pools in the rocks. I don't know why they're not called pools. 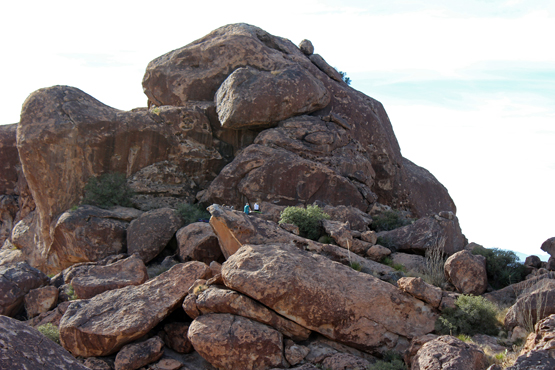 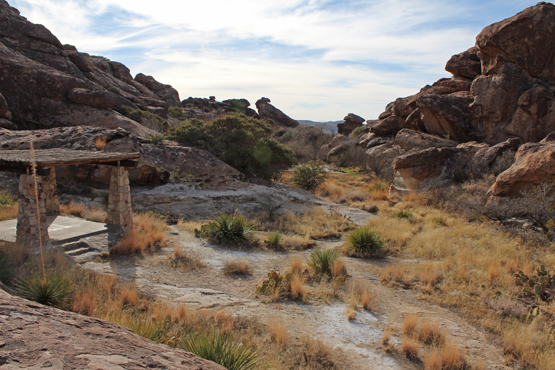 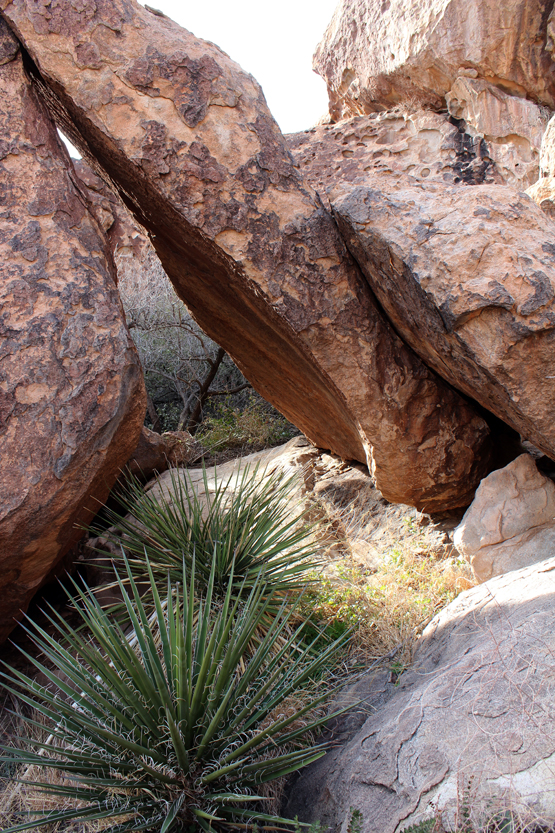 Unfortunately, but not unexpectedly, some of the petroglyphs were not made by ancient people, unless you consider the first half of the 20th century ancient. 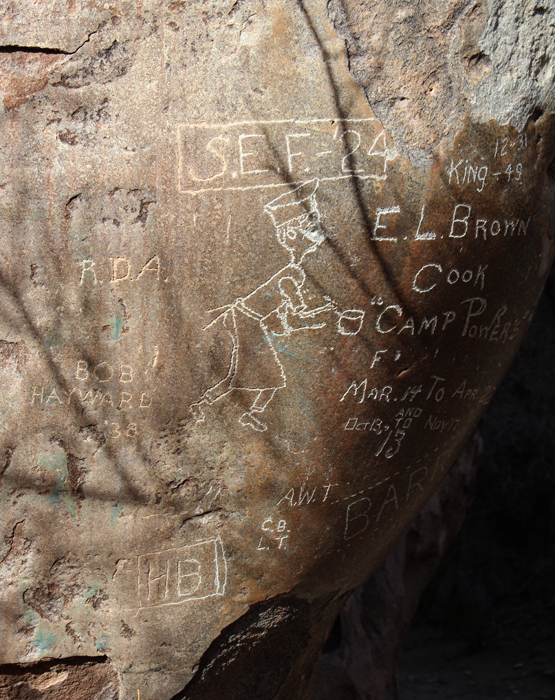 Sometime during the night I decided I'd had enough of boulder piles and desert. It was time to make some serious progress toward the Gulf. No backtracking to El Paso to ride a tram up a mountain or to see Pancho Villa's trigger finger. So I was up bright and early and waiting at the park gate. "Let me out! Let me head down the highway! I've got the road music cranked up!"

I'm writing this in Van Horn where I previously thought I would need to make the choice of continuing on I-10 or turning south to take slower, less hectic US90. By the time I got here, though, I had already voted for more hectic. "I'm... a... high-... way... star!"