My sleeping brain at play

I dreamed I was in England, helping out in Roger Daltrey's workshop where he builds strange motorcycles, scooters and engine-powered chariots. (If he doesn't actually do that when he's not performing, he should.) Somehow, I sliced my thumb—to the bone—in the spot shown in this photo. 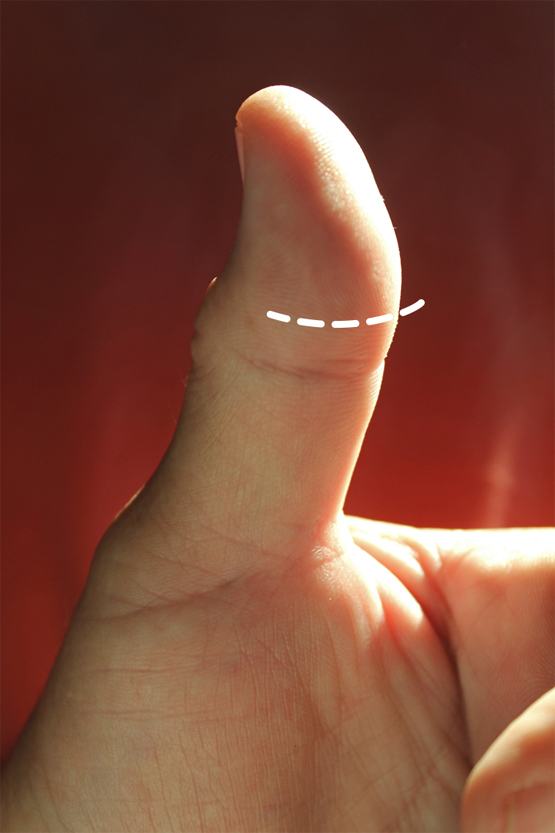 It didn't hurt or bleed. It just tingled and weeped a bit of clear fluid. "Oh," I said, examining the cut carefully, "this is worse that I thought. I should probably get medical attention."

Roger and his assistants looked at the cut and winced. "Oooo, yeah, that's bad. We'll run you to the hospital." I kept my thumb bent to keep the cut closed.

After a V8-powered chariot ride to the hospital, a very nice lady doctor also winced. "Oooo, yeah, that's bad. We might need to do a thumb transplant. Your American insurance would cover that, right?"

"Well, you see," I replied, still holding my thumb bent to keep the cut closed, hoping it would heal itself like any other cut, "I've been living off the grid, with no insurance."

"That's a problem, because this could cost about two million dollars."

Then I woke up.

For a few seconds my dreaming brain argued with my not-fully-conscious brain over whether my thumb was actually cut. My thumb was cramped because I'd been holding it bent in real life.

Once I determined everything was normal okay, I thought about the dream and what it would mean if something like that happened in real life. I know I exist out on the fringes, alone much of the time, walking a tightrope without much of a safety net. A major injury could be a serious problem. I'm kind of cavalier about it because what satisfactory and attainable alternatives do I have?

I went back to sleep and had another dream. Several of my real-life nomad friends and I had arrived at a new boondocking location. We each drove around looking for ideal spots. I followed a trail that snaked between trees, through pot holes and over boulders. I got to the type of terrain rock crawlers like. There was a narrow gap that led to a really nice spot.

"I can squeeze the Rolling Steel Tent through there," I told myself. "No problem."

Part way through, the trail dropped several feet and the van got high centered. And tipped to the side. And got wedged between the boulders. There was no way I would be driving out. They wouldn't be able to pull or winch me out either. It would take a crane to lift me—if a crane could even get close enough. I was screwed.

Then I woke up.

Okay, what would I do if the Rolling Steel Tent wrecked? Well, insurance would help cover the cost of replacement. And I could salvage a lot of stuff, or at least the basics. Maybe. Where would I live until I got a replacement? Who could I count on for help?

Before Lou and I headed in different directions earlier this month, he said, "If anything happens, call me. I'll come, no matter where you are." He's an excellent friend. I wonder if he knows anyone with a crane. Or a spare thumb.