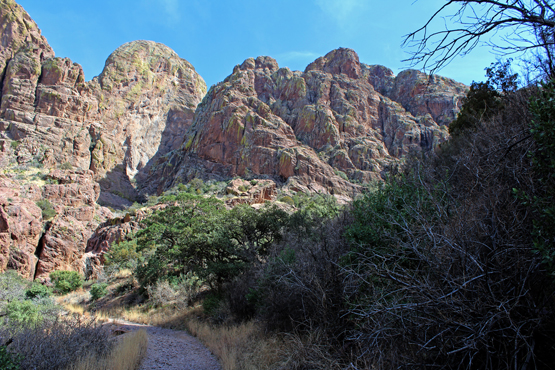 My campsite was just down the road from the Dripping Springs Natural Area. There are several trails there. I took the one to the spring and the ruins of a resort built in the 1870's. The waterfall at the spring is only a trickle this time of year, but here's someone else's photo of it. 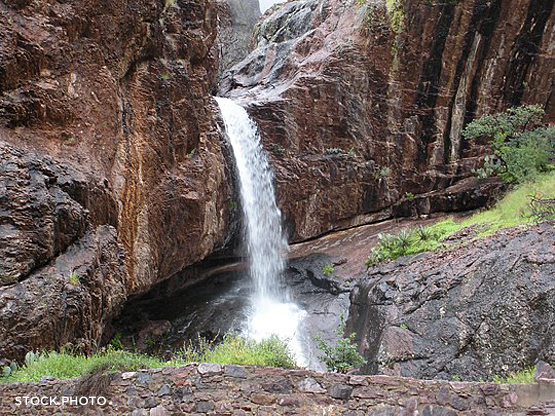 The ruins are cool, particularly with the mountains rising straight up behind them. From some angles they seem like they're in some far off land, or like an American Machu Picchu. 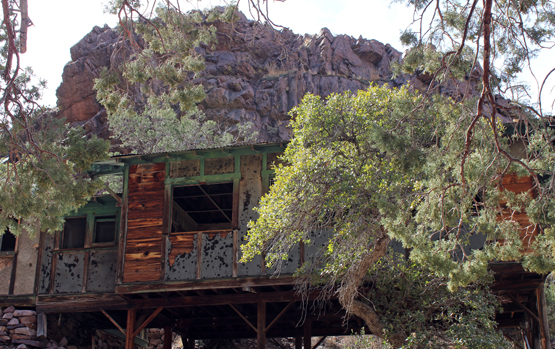 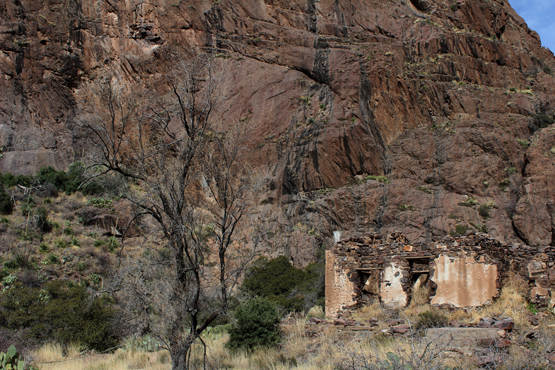 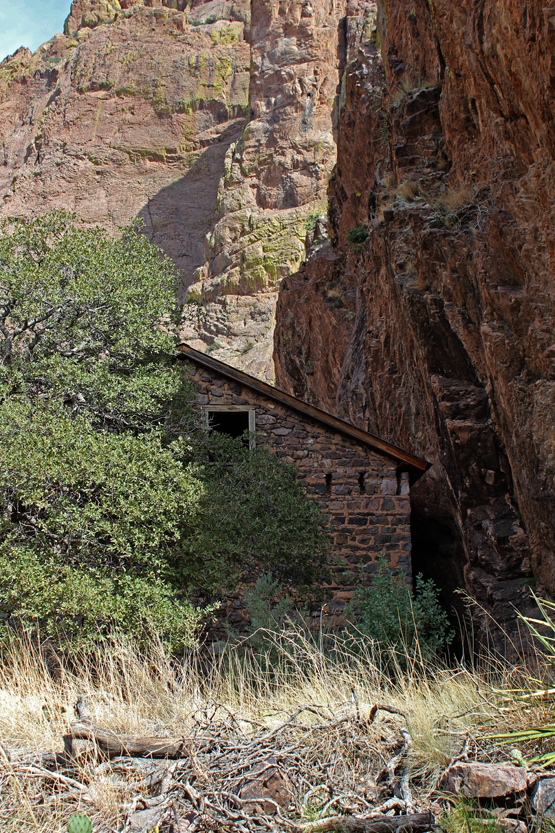 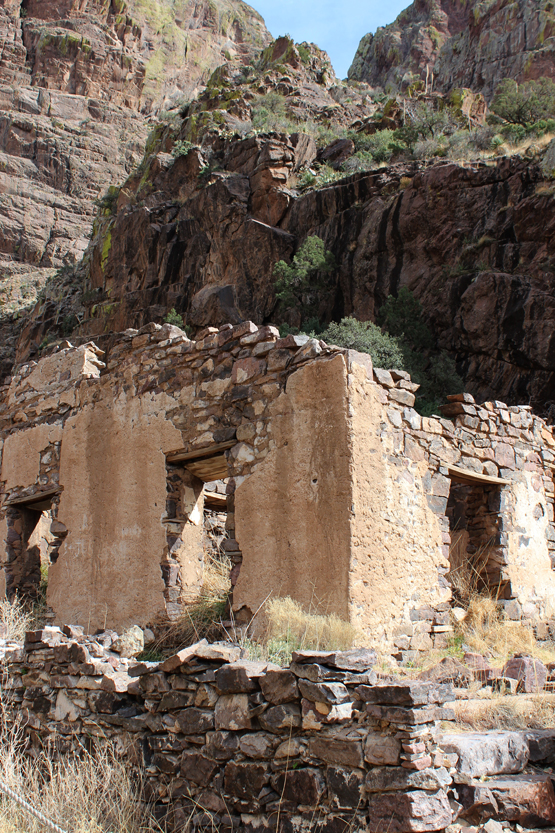 When I checked in at the visitor center, the BLM ranger said, "The trail is a little over a mile and rises about 500 feet. But it's a gradual climb." Okay.

However, I've spent the past four months at much lower elevations, including sea level. Four days at 4,500 to 5,000 feet isn't enough for me to acclimate to thinner air. So the gradual climb had me wheezing like a leaky accordion. But I kept on chugging along, breathing as deeply as I could, smiling and nodding at passing hikers as if I'd just arrived from Leadville, Colorado, and this elevation was nothing in comparison.