As clean as a truck driver

When I say "truck stop," some people scrunch up their faces and give a silent, "Ewww." They are usually suburbanites imagining a place populated by oily, dirty, smelly blue collar guys hopped up on amphetamines, with female junkies turning tricks in the parking lot. So when I say "truck stop shower" they gag and imagine oily, dirty, smelly, damp closets covered in soap scum, body hair, diseases and other unspeakable horrors.

Well, for the truck stop shower virgins out there, this one at the Flying J in Lordsburg NM is very typical. 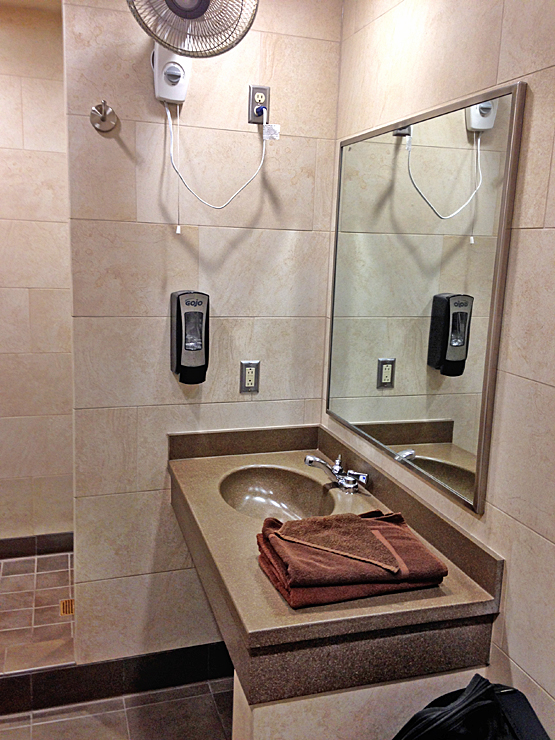 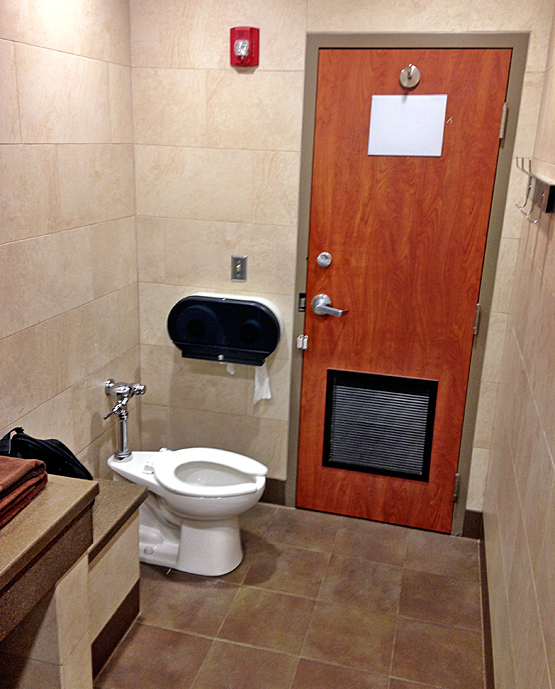 Clean, modern, well lit, roomy, private. I've used health club showers and hotel bathrooms that don't measure up. Attendants clean up, mop up and disinfect between customers. They supply fresh towels, wash cloths and mats. The stalls are about six feet by four feet. There's usually all the water pressure and hot water you could want. The shower heads usually have at least two settings. There's no time limit. Bathe until you get wrinkly. It sure beats anything anyone has in a van or RV. It even beats some people's houses.

I prefer the showers at Flying J and Pilot travel centers. (They're the same company.) The towels at Love's tend to be thin and scratchy. I've used the showers at only one T/A truck stop. I have no particular memories, so it must have been okay. Sometimes the showers are on the old side, but I think the companies have programs to modernize them, because I've gone back to a couple of places and was surprised with renovations.

Sometimes you'll have to wait your turn for a shower. Other times you can get in immediately. Pro drivers get loyalty cards and earn free showers. The rest of us have to pay. Usually. Sometimes the clerk, surprised you don't have a loyalty card, will take pity and give you a shower free. Sometimes a trucker behind you in line will offer to put it on his/her loyalty card because they've earned more showers than they could ever use.

Eleven to twelve bucks might be a hit on your budget. I do sponge baths most of the time and truck stop showers every two or three weeks. They're a treat, like pizza or ice cream. But not fattening.