US 50 in Nevada, the Loneliest Road in America

When Easterners come to the West for the first time they’re often blown away by its vastness. My father used to quip, "It’s nothing but miles and miles of miles and miles." Author Joel Garreau dubbed it The Empty Quarter. Population density is a fraction of either coast. In a lot of places it’s zero. Between the major metro areas, off the Interstates, it’s possible to drive for hours and see only a handful of other vehicles.

That can be intimidating. Where is everybody? Where is everything? Where are the familiar signs of civilization that help us feel comfortable, confident and secure? Where can I get a decent bagel?

Or it can be liberating. Ah, free at last from the crowds and the crap of modern America! 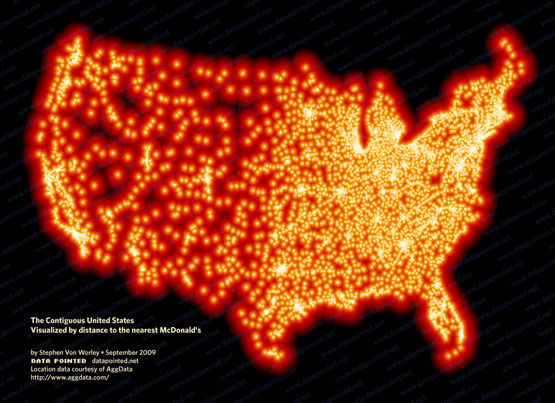 But the West isn’t as remote and desolate as some might fear and others might hope. For example, there is nowhere in the Lower 48 that’s more than 107 miles from a McDonald’s. That means there are people in the area to work at McDonald’s. It means there are enough customers—locals and travelers—to keep a McDonald’s in business. It means at least a little civilization. (Whether you consider McDonald's a civilized way to eat is another matter.)

So, if you want to get away from It All, you’ll need to really work at it, often on foot. Or if you never want to be too far from civilization, there’s a Big Mac just down the road. 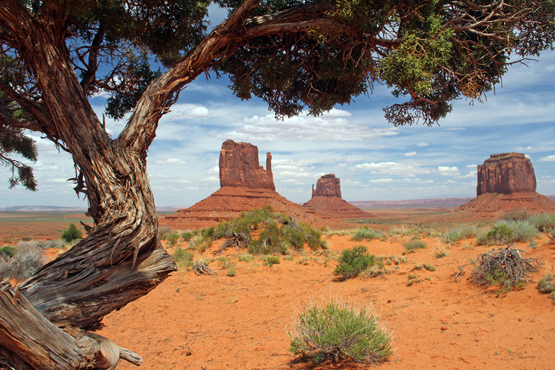 McDonald's 27.3 miles from this spot