I was reading in the Rolling Steel Tent. It was chilly and the doors and windows were closed, so it was very quiet. I became aware of a soft sound that resembled the pickity-tickety of a hard drive as its heads flicked back and forth. It was combined with a hollow ping-a-ta-plink sound. What was it? Where was it coming from? 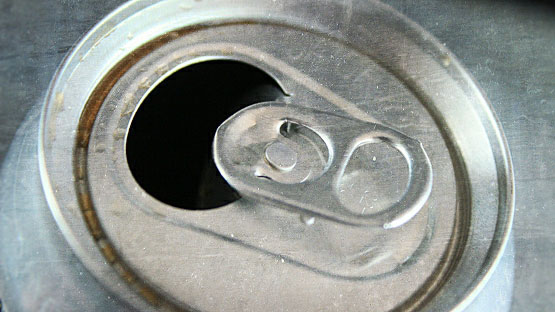 Carbonation bubbles were popping in the can, bouncing around. The can and the metal shelf it sat on amplified and distorted the sound.

The can had been open for a while, so it was releasing only dozens of bubbles at a time instead of billions. The soda-to-empty-can ratio determined the pitch.

Life in the Rolling Steel Tent has been a series of mysterious sounds, from flopping bungee cords, to a cracked roof rack, to a mouse, to things going on in my own body. Now, if only I could do something about the voices.