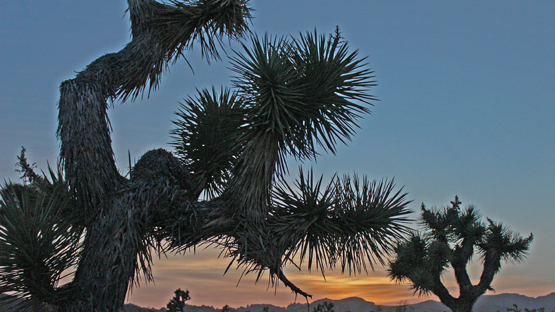 I had already planned on leaving Joshua Tree this morning, but when nasty winds kept the Rolling Steel Tent swaying and shaking all night, I took it as Nature's validation of my plan. So I'm catching some breakfast and free wifi at McDonald's in Twentynine Palms before hitting the road to the coast.

I had considered taking the extra slow route through the San Bernardino Mountains, up to Big Bear and Lake Arrowhead, then connecting to the Angeles Crest Highway. It would be a narrow, twisty drive down Memory Lane for me. I used to go up there when I lived in Los Angeles and Orange County. I was a twenty-something dude with a third-hand Porsche 911. I wasn't a great driver, but I looked cool. That was the important thing. Now, wrestling a van along those roads would have zero cool factor, and drivers of sports cars and motorcycles would be cursing my slow ass.