East, west or other?

Okay, here I am, in the bottom left half of Arizona. I'll be moving on soon, but which way? What do I want? Eventually, later this summer, I hope to be in Wyoming and Colorado. It's too soon (cold) for that now. Hell, it's still cold anywhere north of, say, Sedona and higher than 4,000 feet. It's still snowing in some places. So how do I fill the next three or four months?

Well, one option is to keep wandering around the desert, gradually working my way north and/or higher, trying to keep in pleasant weather, occasionally experiencing new places and revisiting familiar ones. 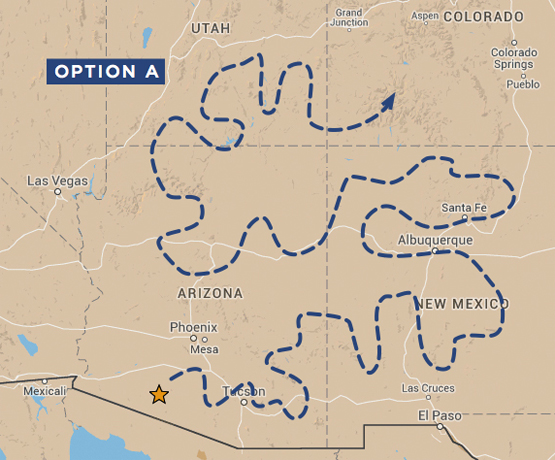 This has some advantages, like lots of public land for boondocking, and the New Mexico State Parks annual pass. I might also run across some of my nomadic friends.

Option B might be something resembling last year's summer and autumn travels in reverse. Up the coast to the Pacific Northwest, spend some time with Lou building stuff, then work my way into the Rockies. There would be way less public land, campgrounds would be crowded, and gas would cost more. But I really love the Coast. 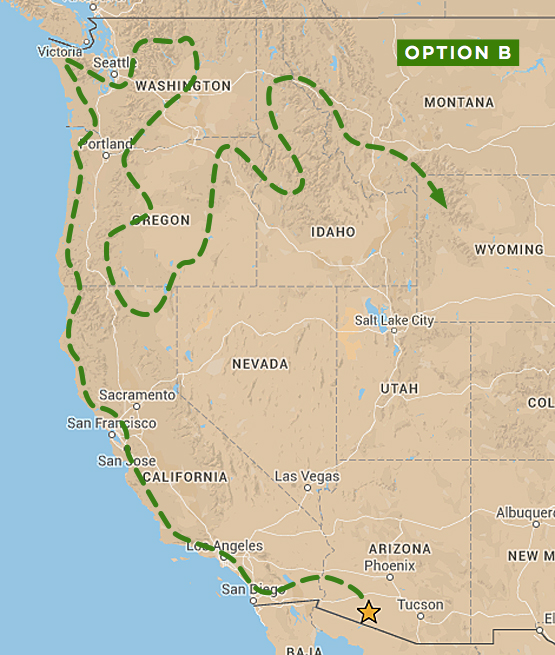 Or there are a couple of radical (for me) options. One is to not wander as much and hunker down with fellow nomads. The other would be to go (this is hard for me to write) east of the Rockies, into the Muggy Zone. I'm sweating just contemplating the possibility.

The reality will probably be some combination of A and B, with constant modifications. Who knows, I might even blow off Colorado and Wyoming and head to Canada. Fortunately, there's nowhere I must be. Except with myself.