How much is necessary? 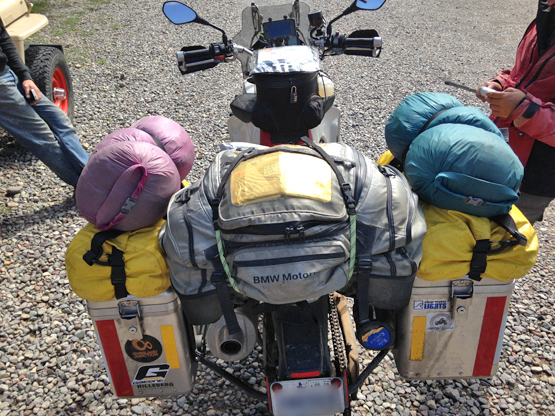 I'm not an extreme minimalist, not a radical who believes it's evil to own anything more than the clothes on one's back and a basic Swiss army knife. I mean, I have a fridge, for cryin' out loud. And I just bought a guitar. But I admire people like Pam and Dan who've been traveling all over the Americas for two and a half years with only what you see here. "Plus some luxuries," said Dan, "like coffee and makeup."

They inspire me to think even more about the stuff I'm carrying around and the way I'm approaching van dwelling. Could it be simpler? Where is the point where the quest to make my existence less complicated only adds different complications? Let me find out.