Wherein I get a new hobby

The movie "This Might Get Loud" starts with guitarist Jack White turning a chunk of two-by-four and some nails into a one string guitar. Oh, wow, of course. A guitar could be that simple.

At the Musical Instrument Museum in Phoenix I was reminded how simple instruments could be. A stick, a gourd and a string. Presto.

Then a few months ago I came across a video of a guy playing slide guitar on a three-string shovel. A shovel? Sure, why not?

Shortly after that I saw a clip of Paul McCartney playing a cigar box guitar with the remaining members of Nirvana.

This past winter, while visiting Lou at the Coyote Howls campground, he took me to see a neighbor who makes cigar box guitars using things he finds in the desert. They were very cool—as instruments and as folk art.

Lou has been chiding me for years to get a guitar so we could play together. I had reasons for not doing that. One was that I don't play well. (True, you don't get better if you never play, but playing well hasn't been high on my list.) Another reason was that a guitar would take up precious room in the Rolling Steel Tent.

But the cigar box guitar thing kept gnawing at me, enticing me, weakening me. Simple... cheap... compact... I could make one myself...

Every few days Lou would cheerlead the cause of cigar box guitars.

"Here's a place you can get boxes and parts."

"Look at the cool cigar box guitars these guys made."

And I would reply, only mildly interested, somewhat dismissively, "Yeah, very cool. Maybe I could do something like that someday."

Meanwhile I had secretly ordered a kit for a three-string cigar box guitar.

So here it is, lightly customized, stained, varnished, assembled, tuned, and waiting for me to quit blogging and play it. 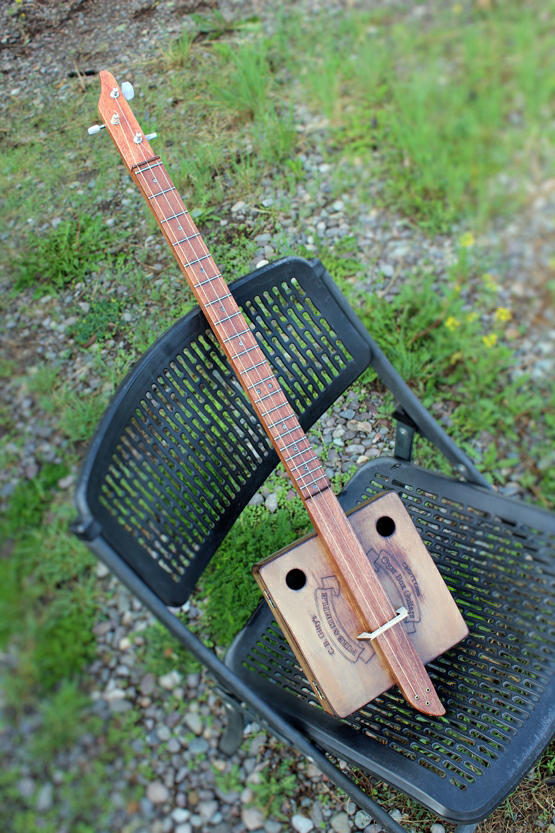 Addendum: Forrest made me a slide out of an antler, because he's a nice guy. 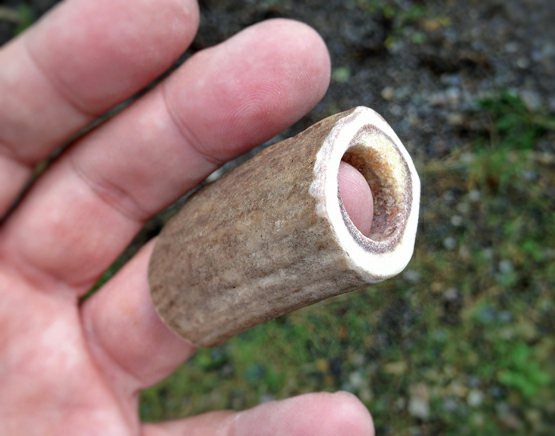