No water on tap

I don’t have running water in the Rolling Steel Tent. I never planned on having it. It’s not necessary for the way I’m living.

If I had really needed running water, I would’ve bought an RV. 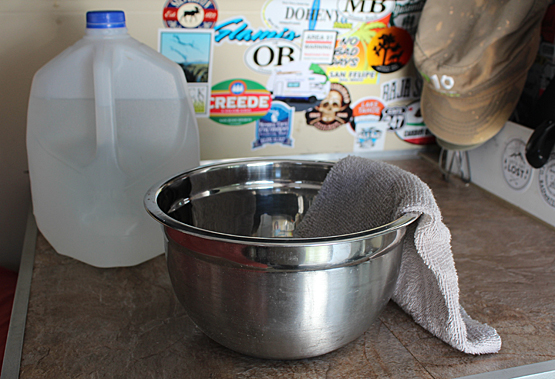 I keep it simple with cheap gallon jugs and a bowl. I pour the water in the bowl and toss the water when I’m finished. It’s essentially what people have done through most of human history. It’s what millions still do. And when the bowl isn’t a wash basin, it’s a mixing bowl, a salad bowl, a cereal bowl, a noise maker, a helmet to shield me from brain control rays. Try that with a sink.

I think plumbing makes it easy to waste water—the same way we waste water when we live in buildings. I can do the dishes or wash my body with about a quarter cup of water. Often there’s no dirty water to toss, just a sponge or wash cloth to squeeze dry.

Water is life, but I don't want to dedicate a lot of my life to it.