Montana and I have issues 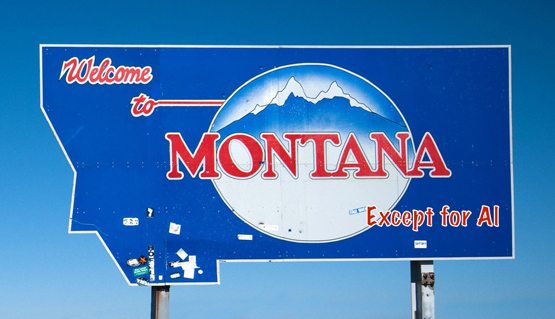 Four years ago I was a brand spanking new van dweller. I had just spent a few days in Rapid City, South Dakota, setting up residence and touring the region. Now I was in Montana, just east of Butte, cursing west on I-90 with the intent of going to Glacier National Park. I was free. Life was good.

Then a wall of water fell from the sky.

Holy crap! I could barely see where I was going, even with the wipers madly flapping. I made it to an exit, parked on the shoulder and waited for the storm to pass. It didn’t.

The forecast had mentioned a chance of rain, but it didn’t say anything about a need to gather two of every animal.

I didn’t want to be in weather like that. So I turned around, drove out of the storm, then headed south into sunny Idaho. The next day I was in Boise, visiting old friends.

I was in Montana a year later, heading to Glacier National Park again. I had come up from Idaho, following the Salmon River, then the Bitterroot, through Missoula and northward. It was all beautiful. I was free. Life was good.

Then a wall of anxiety and existential despair fell out of nowhere.

I pulled into a gas station to wrestle with my emotions. After I calmed down all I “knew” was I didn’t want to continue to Glacier, I was somehow in the wrong place, and I was done with Montana. So I turned around and headed for those friends in Boise.

Last year found me in Montana again. Just barely. I had come from a wonderful few days in Grand Teton and Yellowstone parks. Now I was going to drive legendary Beartooth Pass. I was free. Life was good.

Then I was in a thick fog. Literally, not emotionally. The clouds were low in the mountains. I could only see about twenty yards ahead of me. Just enough to stay on the road as I crept along.

After I descended out of the clouds, I thought, “Enough of this,” and headed south to Cody, Wyoming, then back to Yellowstone (but not to my friends in Boise).

Yesterday I was in a parking lot in Bozeman, online, checking the fire conditions around Glacier National Park. It was hot. I was tired. I was thinking of reasons not to go up there. What if camping spots along the way are in fire zones? What if they’ve been burned? What if there are roadblocks? What if the park is so filled with smoke I can’t see anything?

Then there was a sudden gust of wind that blasted black grit into the Rolling Steel Tent and my face. Was Montana were trying to chase me off? Again?

Well, screw it! I wasn’t turning back again. I got back on the road. I felt much better. I am free. Life is good.