The night before last I camped at Lower Gray Canyon, just north of Green River, Utah. It was hot. I had the driver window, side door and back door open all day with the fan going full blast. I turned the fan off when I slept but kept everything open. And the quilt stayed put away. If I could've gotten away with sleeping naked I would have, but there were other campers, so...

Last night I stayed in the dispersed camping area at Fish Lake, Utah. At about 9,000 feet. It would be considerably cooler up there anyway, but it was also mostly overcast and threatening to rain. 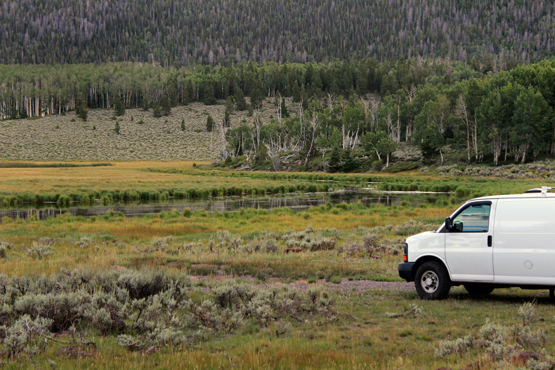 The Rolling Steel Tent was closed up most of the time, especially at night. Because rain and large carnivorous critters were a possibility. And the quilt was not only necessary, but I also had it pulled over my head. It got down to 53° in the van. That's a nearly perfect sleeping temperature. 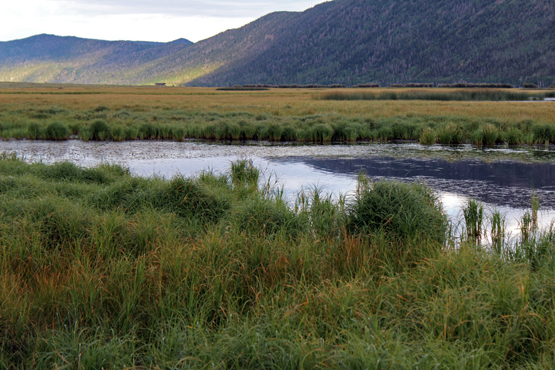