It only looks like I made an irrational zig-zag 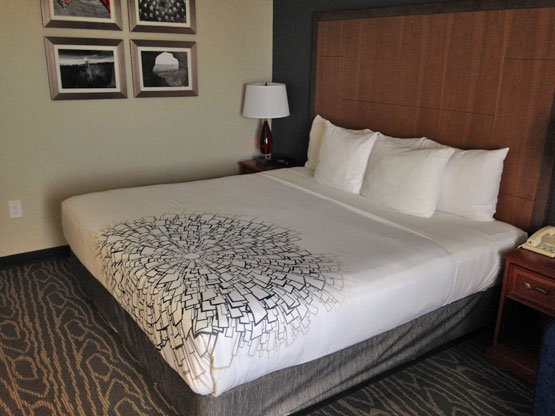 So, what am I doing in a nice room at the La Quinta Inn in Gallup, New Mexico? It's a long story of converging needs.

Ever since I hit the road in 2013 I've been been editing videos with Adobe's no-frills Premier Elements. It worked as it was supposed to up until a few months ago when it started crashing whenever I'd try to import video, making it useless. About the same time, Photoshop Elements started crashing whenever I'd try to save any photos except those that had been compressed for use on the Web.

Whenever those crashes occurred, a notice would come up explaining the problem, but since I do not speak the arcane language of programmers, the notices were no help. But I suspected it had something to do with either Apple's operating system or Adobe's software. Whereas Adobe has a carefully constructed barrier of inaccessibility, Apple has their Genius Bars. However, I wasn't near an Apple Store until Thursday.

Nicole Overholt was my knowledgeable and pleasant genius, and she was able to decipher the error messages. The Adobe programs couldn't locate a critical bit of their own code. The fact it started happening to both programs at the same time made me suspect Adobe had built time bombs into the software that would "encourage" users to upgrade to the latest versions. "Not upgrading for four years, huh? We'll show you."

But I would need to upgrade my also-several-generations-old Apple OS in order to be compatible with the current Adobe programs. You can see where this is going. Downloading gigabytes of software with my limited monthly mobile data allocation, during which my laptop would need to be plugged in, while camped in the forest where my solar panels don't get much light to charge the batteries which power my computer.

Meanwhile, the previous couple of days I had been feeling kind of, oh, dissatisfied with where I was in Northern New Mexico. It was beautiful. The weather was great. But something was gnawing at me. Then a friend posted a video of waves crashing on the California coast. I suddenly knew my problem was I wanted—needed—to be at the ocean. Right now, not in several weeks, as previously planned. I could do it, because wandering has no rules.

I looked at the map. How many hours? Where were places to camp along the way? Flagstaff would be a long slog, but Gallup would be easy. I could get a room there, plug in the laptop and use free wifi to download all that software. I was a little overdue on a shower, too. 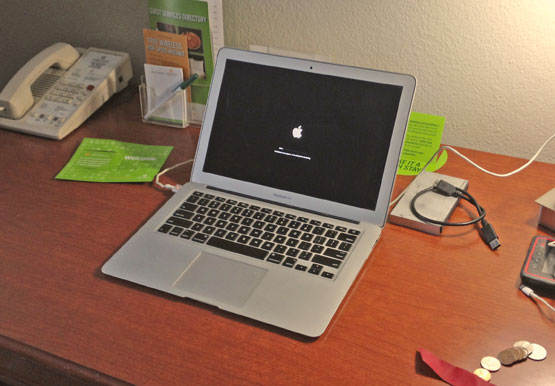 So, everything is downloaded and installed. The Photoshop problem is fixed. The Premier problem is not. X/*@!#^~x!!! Breathe deeply. Let it out. Think of the ocean. Mmmmmm, ocean...

UPDATE: Premier Elements has decided it wants to work after all. Maybe it just needed to go to the ocean, too.