Per chance to dream 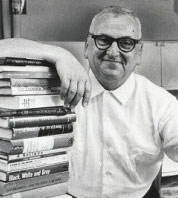 We vehicle dwellers face a similar (though nowhere near as vile) problem. For the most part, folks who live in buildings have decided they can tolerate us sitting in cars, trucks, vans, campers and RVs, but they get all bent out of shape when we’re horizontal.

“They’re sleeping in there! Call the cops! Run them off!”

Of all the disgusting things. Sleeping.

It must not occur to them that sleeping people are totally harmless. They aren’t causing trouble or committing crimes. They’re out of it. Dead to the world. Okay, some are snoring very loudly, maybe muttering, or farting, but not robbing, raping or killing. If they must fear us, fear us while we’re awake, not when we’re unconscious.

Nonetheless, citizens have pressured local governments into banning sleeping in vehicles. Oh, you might be allowed to park your van there, as long as you’re not in it. Sleeping. That would be too revolting.

I have no Golden-style solution for our problem. Have everyone do everything while horizontal? Sleep vertically? Nah. And a rational solution has little hope because the fear of people sleeping in vehicles is irrational. Maybe I'll come up with something after a little nap.