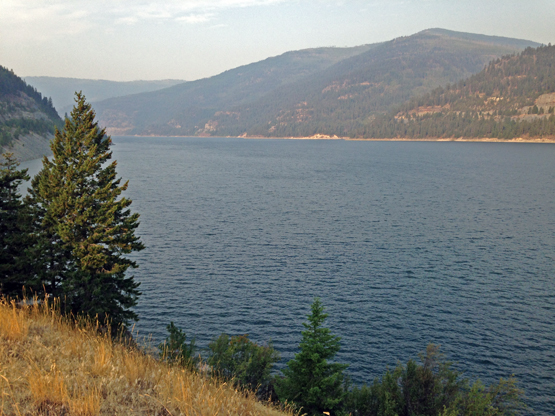 In the early 1970s the Army Corps of Engineers and its Canadian counterpart built a dam on the Kootenay River, creating a long and narrow lake that runs from Jennings, Montana,  to Wardner, British Columbia.

Uncharacteristically for large public works—maybe because it was the weird '70s, or maybe because Canada, which takes itself less seriously, was involved—they held a contest to name the new lake. The winning entry was Lake Koocanusa, submitted by Alice Beers of Rexford, Montana. "Koo-" for Kootenay, "-can-" for Canada, and "-usa" for USA.

Even if the lake had been given a more boring name, it's still a nice place for an early morning drive.