The Park Service warns the road to Chaco Culture National Historic Park is rough, unsuitable for RVs, and impassible in wet weather. A park official has said there is no interest in road improvement, partly because it's a tribal road and partly to keep visitation low, minimizing impact on the park.

The warnings had kept me away. Then a friend who'd been there said, "It's not that bad. Just air down your tires to smooth out the washboard, and watch for the bigger potholes." His encouragement, plus reading House of Rain, made me want to go. Now.

The good news: the first third of the road from US 550 is paved. No sweat.

The okay news: the middle third is fairly well maintained gravel. Some mild washboard, but if you cruise at about 40 MPH so you're skimming the tops, it's not bad at all.

The I-guess-it-could-be-worse news: the final third, before reaching the park and its pavement, is like this. 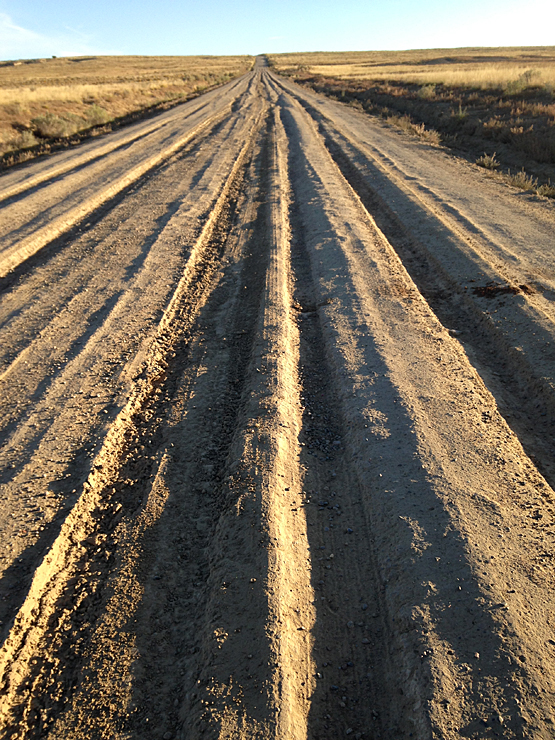 At least it was dry instead of muddy. The deep ruts aren't too bad, but there are occasional small washouts across the road. If the light is wrong you can't see them in time. It's like driving off a curb and back over again. 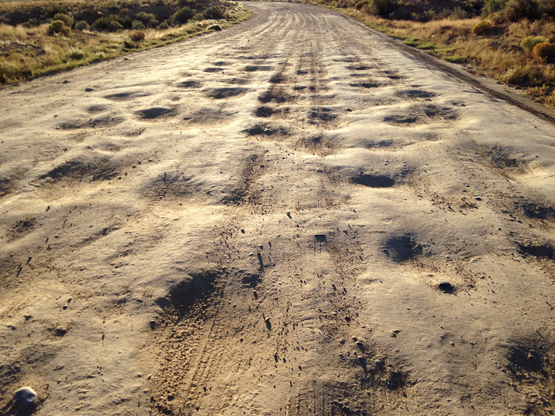 There's really no way to dodge any of them. You just slow to a crawl and gently roll in and out of them. And hope nothing breaks.

The sign at the start of this section of road should say, "End of ANY maintenance at all." 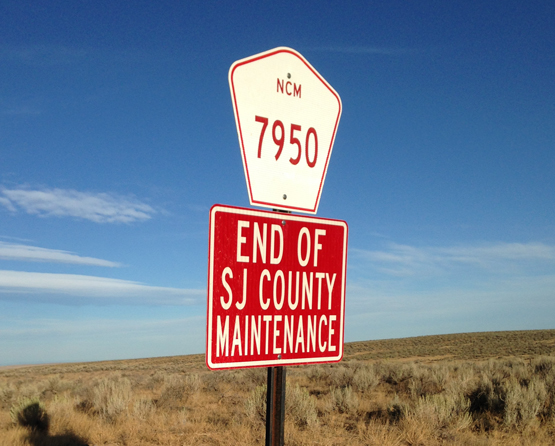