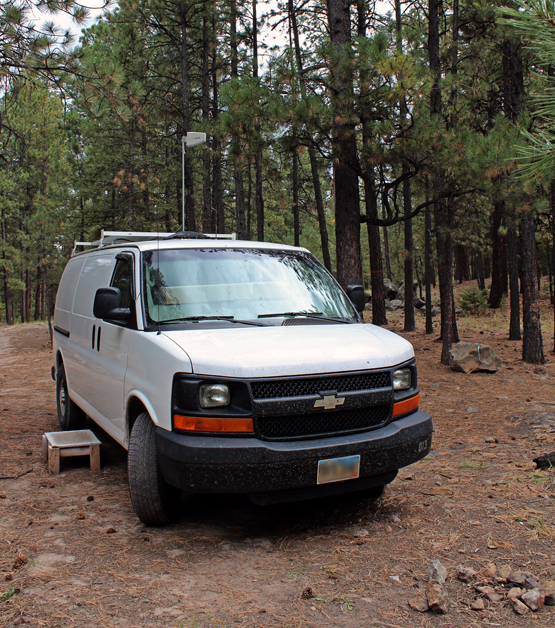 I followed my antiquated GPS to the coordinates Vanholio! had sent me. National Forest boondocking in the Jemez Mountains, near the Valles Caldera National Preserve (a.k.a. what's left of the "volcano that blew a big chunk out of what eons later would become northern New Mexico.")

Vanholio! lured me here by texting that the cellular reception was good and that with my antenna it should be great. He was right. After deploying the antenna my signal jumped from three bars of 3G to four bars of 4G LTE. 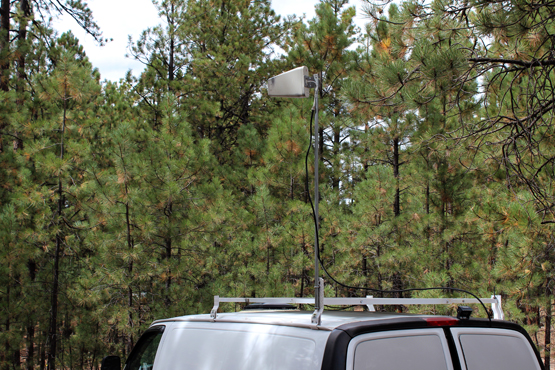 The downside is that it will probably rain. The antenna cable goes through the slightly open rear door. I'll have to disconnect the cable in order to keep the rain out, leaving me trapped inside with no Internet. Oh, the things I suffer.