What could be better than pointy rocks? 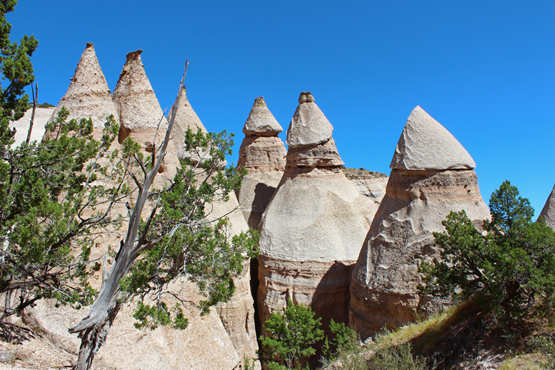 Kasha-Katuwe Tent Rocks National Monument exists because of strange formations shaped like teepees. They were formed by a volcano that blew a big chunk out of what eons later would become northern New Mexico. Ash... pyroclastic flow (one of my favorite things to say)... erosion... and so on.

But being the weirdo I am, I get more into what's going on at the base of those cones. Slot canyons!

I've posted before about my love of slot canyons, and about my nearly equal love of canyons that are merely narrow and tall. It's one of my things. I think it's about the close space and the quality of golden light reflecting off the walls. And maybe there's something Freudian about it, too. 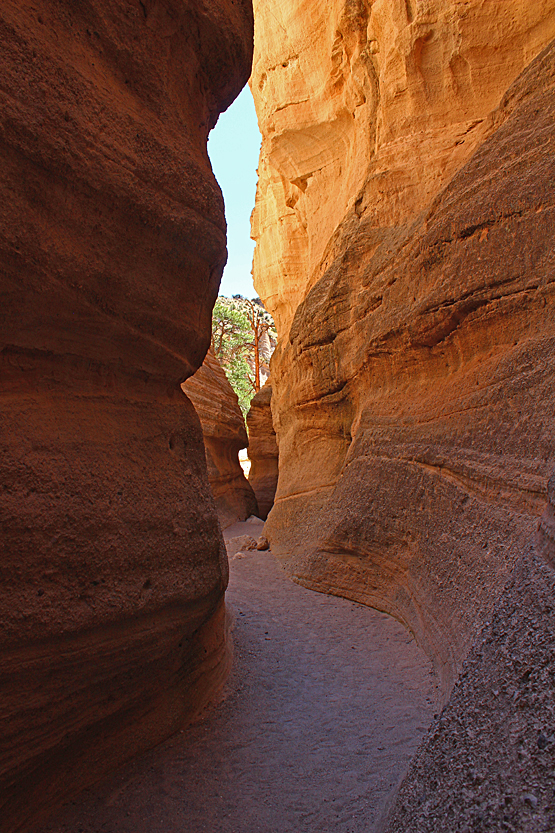 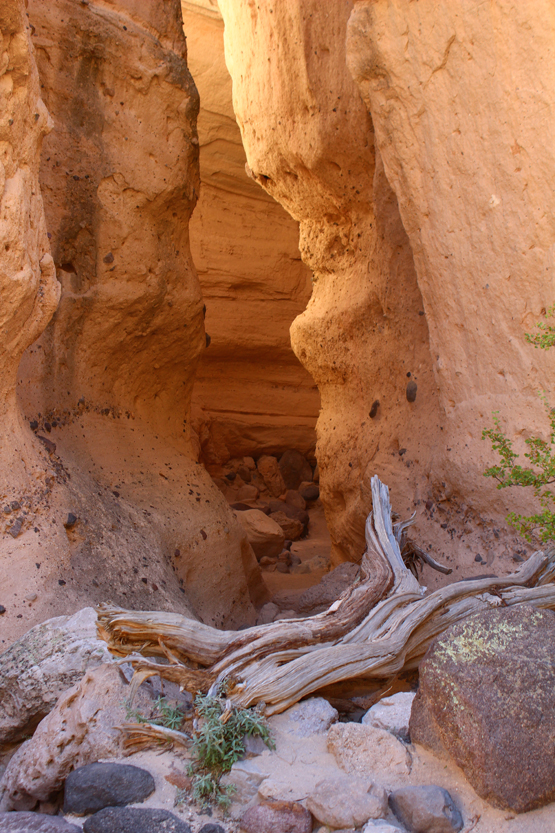 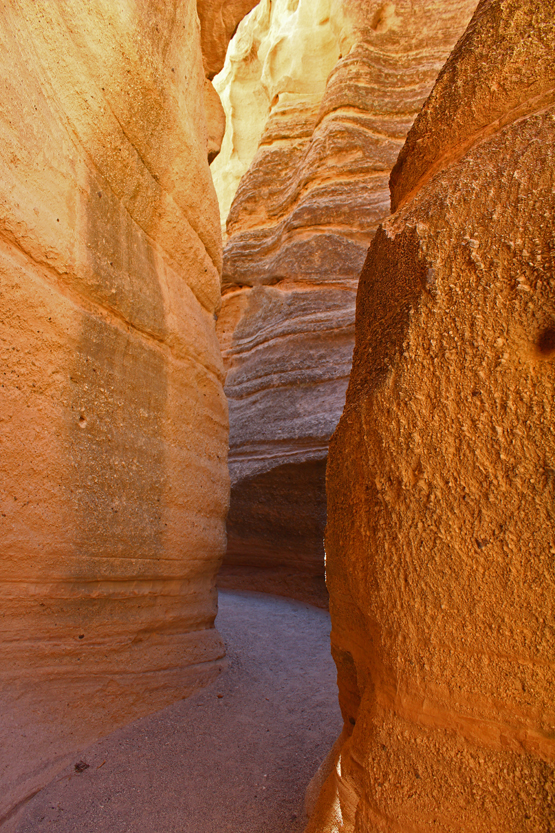