Well, that was a pleasant surprise

I'd driven past the Chiricahua Mountains a couple of times on state highway 80, but I'd never checked them out. "Next time," I told myself, because I had some other goal in mind at the time. (A vagabond with an itinerary?)

So, with my southeast Arizona exploration trip in mind, I researched the place. There was plenty of info about the Chiricahua National Monument, which is a small part of the Chiricahua Mountains. And between various camping/hiking websites and the Forest Service I learned about other places to camp in the area, both boondocking and campgrounds—mostly on the west side of the mountains. Since I would be coming from the west, it made sense to go to the camping areas on the west side. But I'm sort of a contrarian, so I decided to loop over the north end of the range and enter from the east, through Portal. 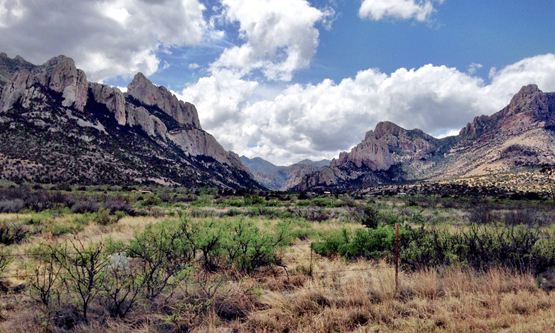 From the highway, the Chiricahuas look like the other "sky islands" of the Southwest desert. Nothing exceptional. But when I arrived at Portal I saw I was in for something different. 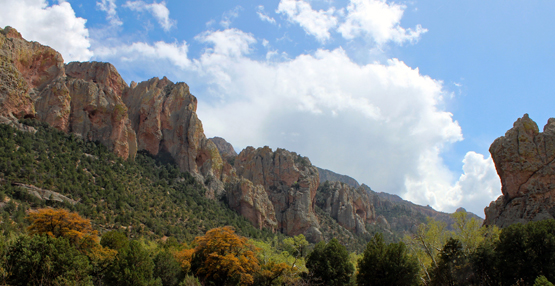 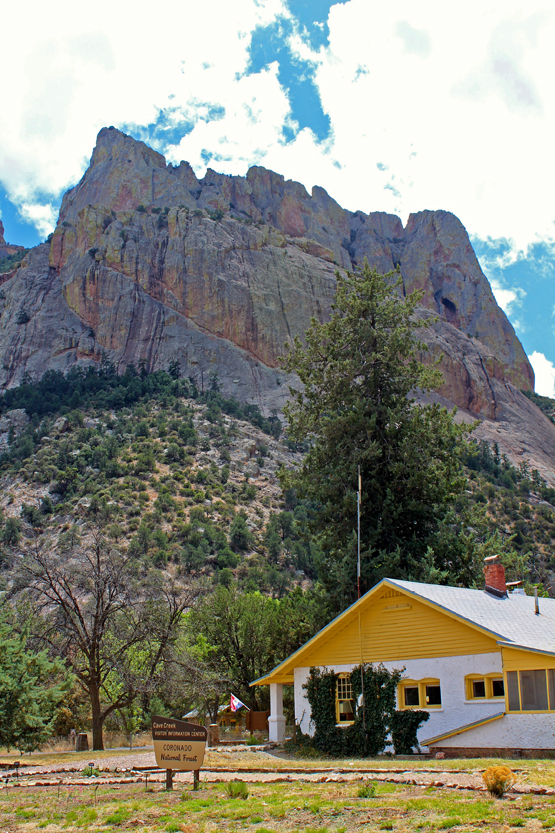 Whoa! Narrow tree-filled canyons with cliffs and rock formations towering above. And lots of caves, which is why it's called Cave Creek. 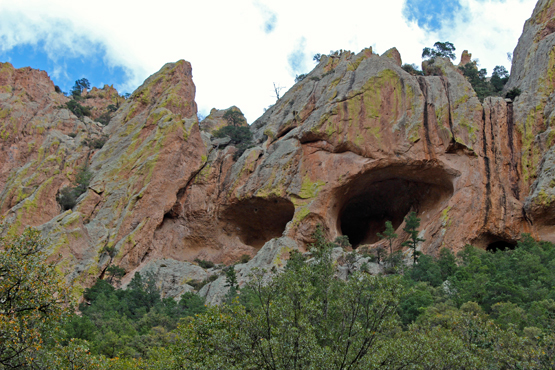 One of the campsites in the canyon was closed, another was small and full and had too much solar-unfriendly tree coverage. But I nabbed the last campsite at Sunny Flat campground, which was both sunny and flat.


I wished I had a geologist handy to explain the greenish yellow color of the rocks and how these caves were formed. 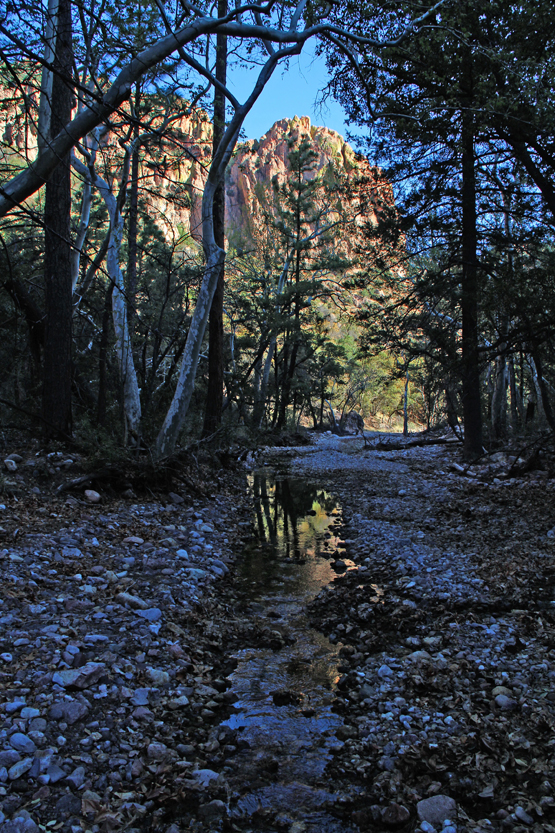 There are several trails in the canyon, so I got up early and headed up Cave Creek. The creek bed is the trail most of the way. Stepping about on grapefruit sized rocks is a good workout for one's ankles. But it's pretty as hell in the canyon. 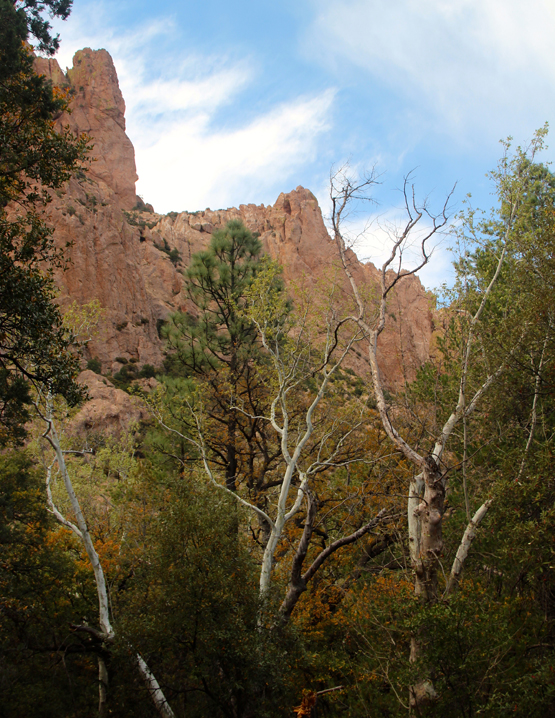 The area is also big with birdwatchers. One of them saw me with my camera and asked if I got any good bird photos. "Nah, I'm more of a landscape guy." She looked at me like I was a freak. (Well, I am, but not because birdwatching isn't high on my list.)

I stayed two days, which is something for me, especially considering there's no cell signal in the canyon. But I'll be back, maybe in the autumn when the leaves are changing.